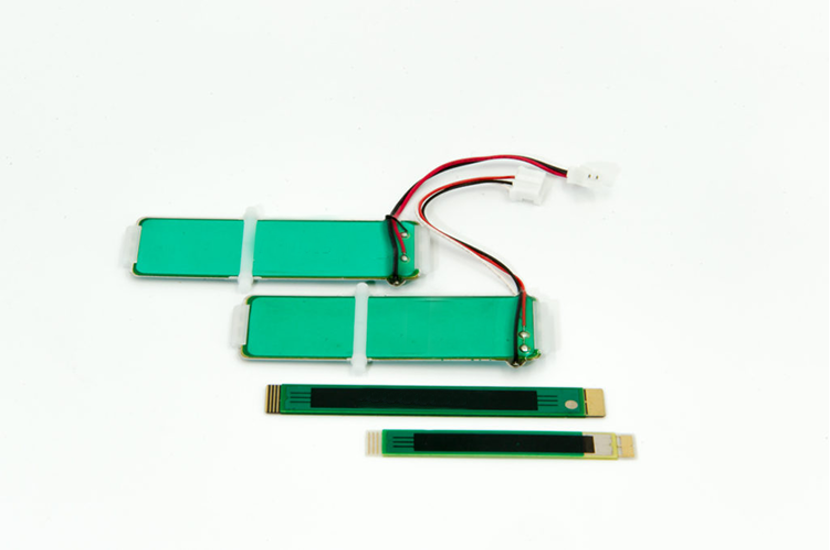 Piezo Direct is able to create, with a quick turnaround time, new custom piezo sensors like the one shown above.

Active sensors, also known as transducers, utilize a transmitter-receiver system. The transmitter operates at its resonant frequency to optimize efficiency, periodically sending out ultrasonic signals. The receiver, upon obtaining a signal, generates an electric impulse. The delay is analyzed to determine distance or depth. Examples of this can be seen in level sensors or ultrasonic sensors. This system is referred to as a transducer when it both transmits and receives signals. Passive piezo sensors are much simpler. These specifically shaped piezo ceramics generate electricity after receiving a signal and are inactive when no signal is present. Passive piezo sensors often operate below their resonance frequency to optimize their sensing range. Common applications include touch switches and accelerometers. 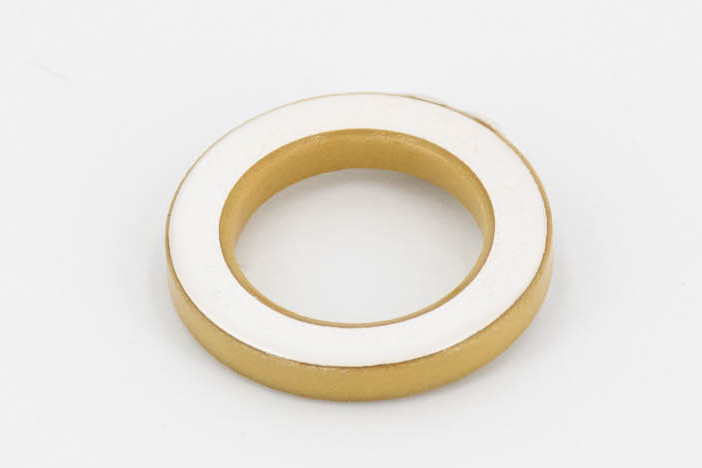 Piezoelectric sensors are a trusted piezoelectric product in many settings and applications. Piezoelectric sensors have the natural advantage of high elasticity, which is comparable to some metals. This allows for a highly linear relationship between input and output over a wide range, while maintaining high reaction speeds. Most non-piezo sensors cannot replicate this level of reaction. Piezoelectric sensors are very versatile and can withstand various environmental extremes, such as high temperatures (up to their Curie point), magnetic fields, and radiation, which would otherwise compromise sensory data. They are very rugged in construction, making them the ideal sensor for tough environments where non-piezo sensors would intermittently fail. 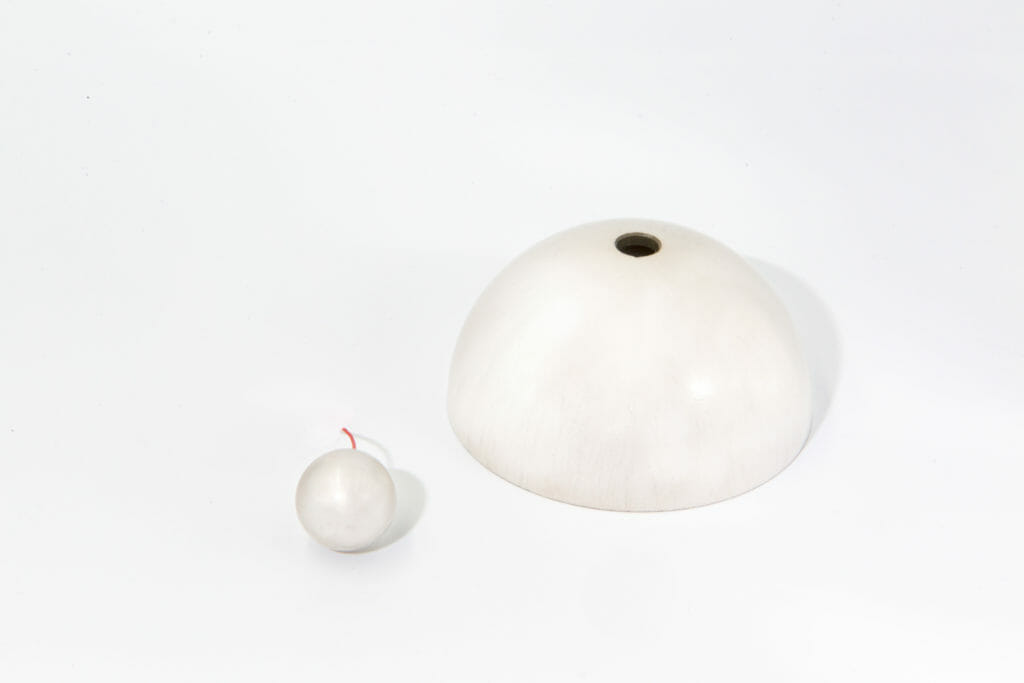 Piezo sensors have very high response time to rapidly changing parameters, high transient response to detect those changes, and thus, high output to be measured. Their ability to self-generate voltage and harvest energy from mechanical impacts also eliminates the need for an external power source. Some key characteristics of these PZT sensors include high voltage output, elastic compliance, wide frequency measuring range, overload stability, and impact and environmental resistance. Their ability to detect minute disturbances in virtually any environment makes piezoelectric sensors ideal in many applications. The main restriction on piezoelectric sensors is their inability to operate in static environments. With minimal environmental change around a sensor it begins to lose its charge (this occurs at low frequency changes and high temperatures as well), causing decreased signals and corrupt data.

Applications for piezo ceramic sensors involving sound are extremely common, especially in the music industry. Piezoelectric disc sensors are often used to sense vibrations in microphones and amplifiers. Small piezo plates mounted to guitars are used to pick up the vibration of the strings and convert them to electrical signals.

Piezoelectric disc sensors also play a prominent role in the healthcare industry. Ultrasound equipment utilizes piezo disc sensors to read sound waves to monitor pregnancies and even aid in non-invasive surgical procedures, such as sensing kidney stones. Piezo tube and piezo disc sensors are found in an increasing number of medical equipment, especially those used to measure pulse, blood, and define accurate and specific droplet size for micro-dosing and nebulizers.

In the grander industrial scale, piezo sensors are often used to sense fast processes, such as explosions. This is due to their material’s quick responsiveness and resistance to deformity. In the example of explosions, piezoelectric disc sensors can quickly measure the changes in pressure, making them an invaluable tool for scientists. Industrial applications for piezoelectric sensors include aerospace, automotive, military, nuclear, and hydraulics where they must withstand extreme temperature and pressure. Engine knock sensors, pressure sensors, and sonar equipment all rely extensively on the accuracy of piezo disc sensors. The piezoelectric disc sensors pick up the vibrations and produce a voltage output which can be read to make any necessary adjustments. Piezo disc sensors can also be placed at the bottom or sides of a medium as measurement sensors for liquid levels or flow rate.

Piezo sensors can be utilized in various automotive applications, including engine knock sensors, tire pressure sensors, and much more. Piezoelectric sensors are responsible for sensing vital information within the vehicle.

Another common design, accelerometer, utilizes a mass attached to a piezo plate or piezo disc to measure acceleration as a function of displacement. When an accelerative force is applied to the mass, it presses against the piezo element, generating an electrical output. This type of design is commonly used in a wide range of applications, including automobile functions such as motor bearings and wheel balancing, process control systems, machine vibration testing, shock and impact testing, and pitch orientation for aerospace applications. Medical applications also utilize piezoelectric accelerometers in fall detection devices for the elderly or injured, having the capability to send a signal for help if a fall is detected.

While there are still limitations in piezoelectric sensors operating in close-to-static conditions, computers have increased the range in which they can operate. By correcting calculable errors such as impedance, piezoelectric sensors have even been used to detect chemical subtleties in the air, such as aromas. 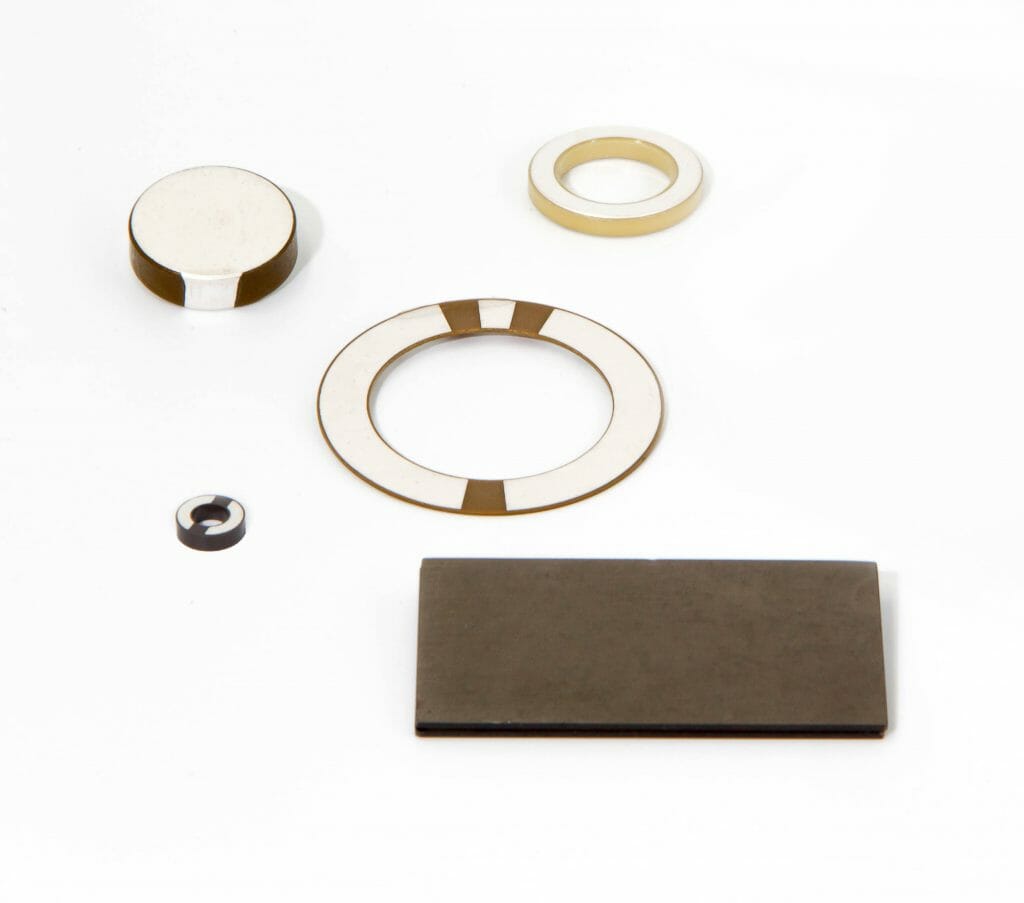 A piezoelectric accelerometer converts changes in mechanical acceleration, vibration, or shock into a measurable electrical output. When the accelerometer piezo sensor is subjected to an accelerative force, it produces an electrical signal proportional to the amount of force applied. A slab of piezoelectric material is held perpendicular to the expected movement, and a block of material is loaded onto the slab. When the object accelerates, the block presses onto the piezoelectric slab creating a charge, which is then passed on to an amplifier or computer. One type of accelerometer, vibration piezoelectric sensors, are commonly used in data acquisition systems in aerospace, automotive, and manufacturing applications to analyze vibration data in real time.

Ultrasonic piezoelectric sensors are often used to measure distance, liquid levels, and flow. They can also be used in cleaning equipment and medical equipment. Ultrasonic piezo sensors are often placed outside the medium being measured to receive relevant information. Often, two ultrasonic piezoelectric elements are utilized with one acting as the transmitter and one acting as the receiver (sensor). This is known as a piezoelectric transducer. The piezo transmitter emits ultrasonic pulses that are reflected back to the piezoelectric sensor and converted into a readable measurement. This works via the piezoelectric effect by converting electrical energy to ultrasonic energy, and vice versa. These sensors perform best when operated at the resonant frequency, which is determined by the material and dimensions of the piezo component. The closer the piezo component is to its resonant frequency, the higher the signal and amplitude of vibration.