The purpose of an actuator is to convert electrical energy into mechanical energy. This energy conversion can be seen in speakers or motors. Piezoelectric actuators are used for their precise control and efficiency in a wide variety of applications, with precision down to the micrometer. There are multiple types of actuators (explained below) which suit different needs based on their unique properties.

Piezoelectric actuators are very simple in design with little to no maintenance or lubrication required. There are virtually no moving parts and they are quite reliable. For these reasons, they are best suited for applications requiring precise movement, for example in motors and a growing variety of other practical uses. 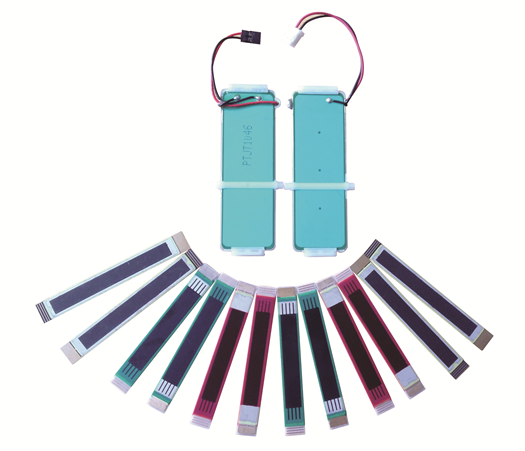 Please give us an opportunity to show you what we can do. The entire process is fast and efficient. Call us today, in California, at 650-375-7003.

A multilayer piezo stack actuator is comprised of a stack of multiple slabs of smaller pieces of piezoelectric material. This can be accomplished in two ways: either the components are fired separately and connected later via adhesive (discrete stacks; the components are normally discs), or they are co-fired and bound by subjecting them to intense heat and pressure, or sintering (monolithic stacks). Multilayer piezo actuators expand to generate physical displacement when an electrical charge is applied. The deformation of the piezo elements in the actuator achieves high force generation, precise linear movement, and high load capabilities. These multilayer piezo actuators are extremely suitable for high precision applications and can produce linear movement in small and precise amounts. 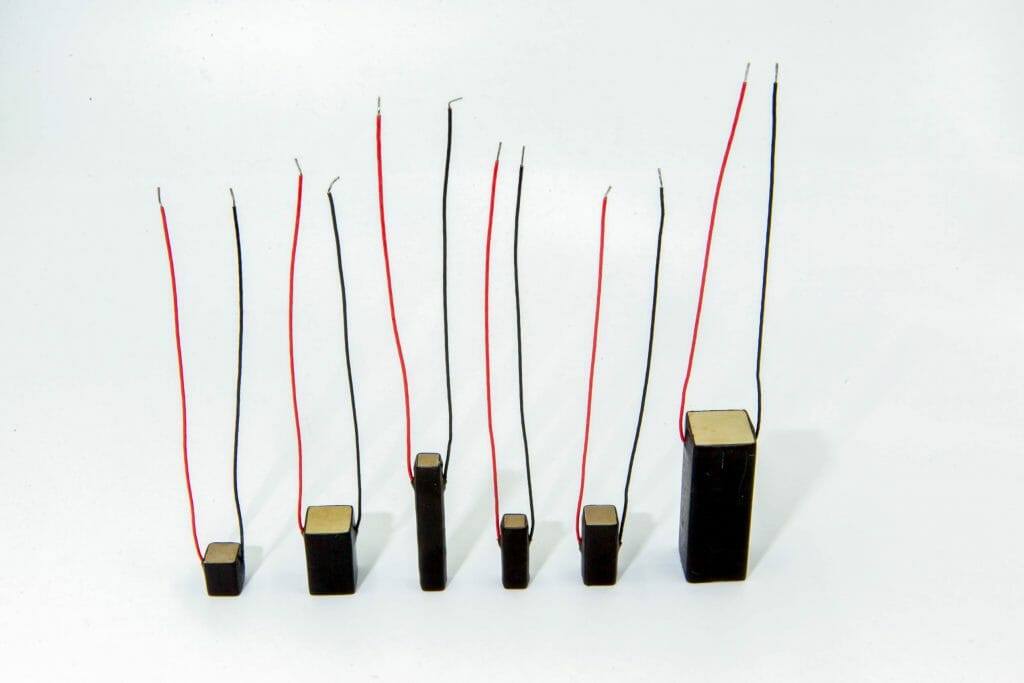 The underlying principle of piezo stack actuators is the intrinsic quality of constancy. The charge generated is independent of the size of the ceramic a user is working with (this is mathematically modeled by the longitudinal effect). Thus, putting many pieces together creates a multiplicative effect on their transformations’ magnitude for the same voltage, amplifying their power.

Differences Between Discrete and Monolithic Stacks

The main difference between discrete and monolithic stacks two types of stack actuators is their operational voltage. Discrete stacks are generally operable between approximately 500 and 1000 Volts, whereas monolithic stacks are operable around 150 and 200 Volts. Due to their similar compositions, these two types of stacks have negligible differences.

Piezoelectric stack actuators can cover a wide range of requirements, both in terms of voltage and power. Furthermore, they can deal with many extreme types of environments that conventional motors cannot operate in, such as very low temperatures, vacuums, or powerful magnetic fields. They are extremely efficient relative to the conventional motor and have conveniently simple designs. Additionally, multilayer piezo actuators have high acceleration rates and very fast response times.

One shortcoming of stack actuators is that any stress applied to the actuator must be along the cylindrical axis – any other than compressive force may cause complications.

In a strip actuator, two pieces of piezoelectric material are bonded together electrically and are polarized in opposite directions. For a piezo bimorph actuator, there are two active piezoelectric layers bonded together, sometimes with a passive layer in the middle if needed. On the other hand, a piezo unimorph actuator has only one active layer and one passive layer. When electricity is applied to the actuator it causes one piece to contract and the other to expand, thus creating a bending motion. Bimorph and unimorph piezo bending actuators can achieve very large displacement through this electrically generated action. Piezo bending actuators are also very small, consume very little power, have fast response times, and generate large displacement and force. 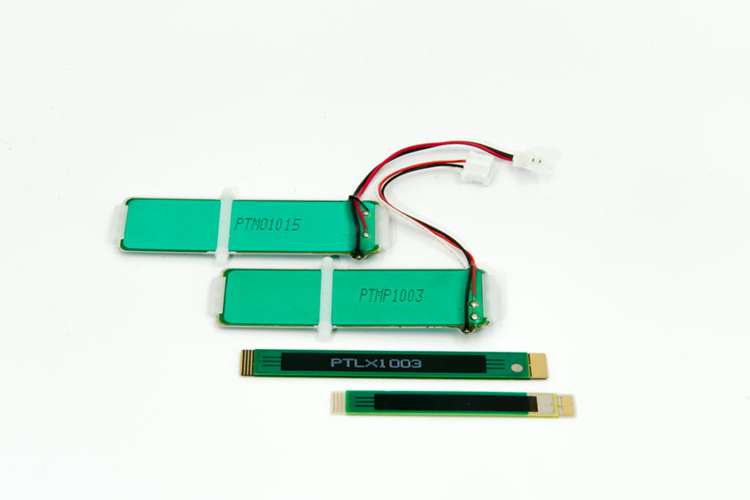 Piezo bending actuators are durable, reliable, and best suited for situations that require high sensitivity or large forces and displacements. They have been used in accelerometers, small pumps, valve controls, and many other applications. Fine machinery, such as needle selection for Weft machines, Jacquard Combo for Weave machines, and Braille readers also utilize strip actuators. Piezo bending actuators are also used in commercial applications such as switched, inkjet printers, and shutter controllers. It is worth noting that, if not coated, strip actuators can be affected by the environment. The presence of dust, for example, may limit the lifespan of uncoated components.

There are two types of disc actuators – unimorph and bimorph. Piezo unimorph actuators are comprised of one active piezoelectric layer and one non active layer, whereas piezo bimorph actuators are comprised of two distinct piezoelectric layers. In both, a metal plate is used as a base with one or two pieces of piezoelectric material attached, respectively. The faces of the piezo element are metallized, and the layers are bonded with either a conductive or nonconductive substrate, which acts as a base and stabilizer for the piezo circular actuator. When current is passed, the piezoelectric material deforms or contracts, and bends the metal with it. The most displacement occurs at the center of the disc. When this current is released, the metal springs back to its original state. 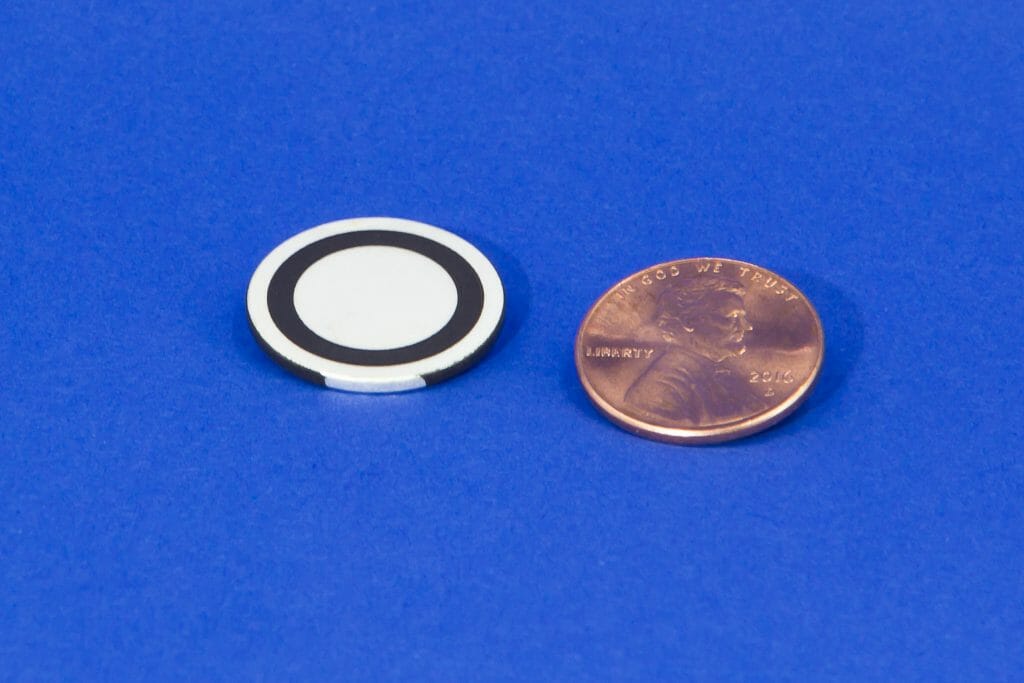 Piezo disc actuators are widely used in air and fluid pumps due to their small, thin, lightweight, and quiet nature. They are highly efficient with low power consumption and fast response time. The flow rate can be controlled and adjusted, again making disc actuators suitable for high precision applications.

In a fluid pump application, the bending of the piezo disc actuator causes the pressure levels inside and outside the chamber to differ, thus actively moving the fluid through the pump. Disc actuators are also used in liquid cooling systems for electronics, printer bulk ink supply systems, and automatic lubrication systems for precision instruments. Medical equipment, such as insulin dosing or blood pressure monitors, and air and fluid systems, such as air pumps and coffee machines, also utilize piezo disc actuators. These disc actuators are normally used for sound production and use AC power instead of DC power. Coupling their displacement’s power with rapid vibration makes for a clear sound with potent sound pressure. This can be observed in products like fire alarms. Other than the production of sound, however, disc actuators cannot compare to the power of the strip actuator, in terms of force. 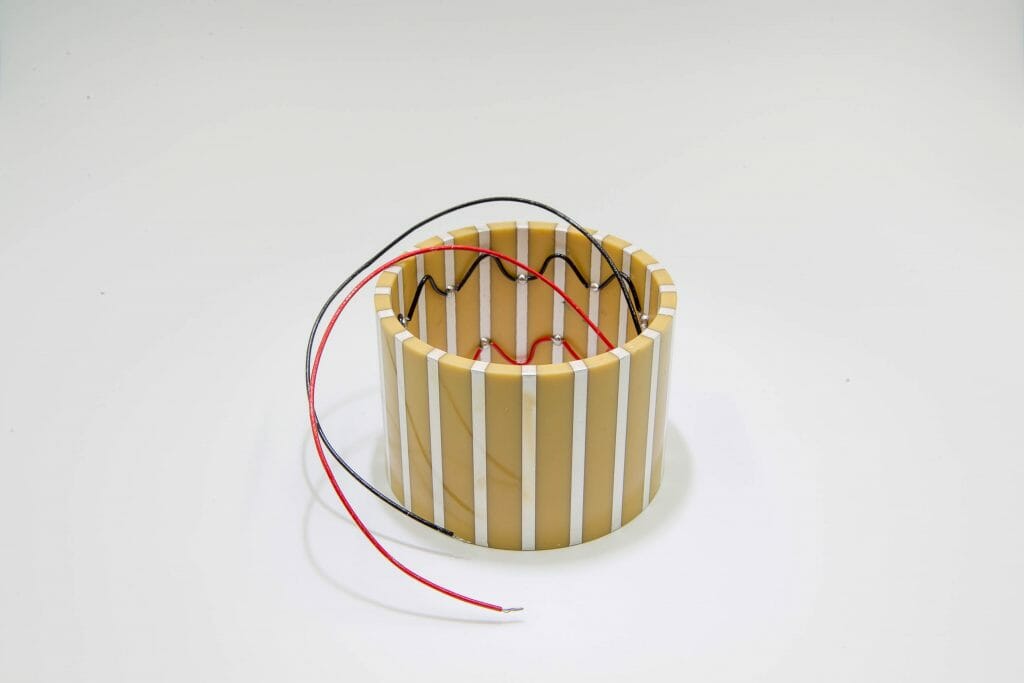 In general, there are two different manufacturing processes to make the piezo tubes. Piezoelectric tubes with relatively large inner and outer diameters can be casted and achieve necessary tolerances through machining. Piezo tubes with a small inner diameter and/or a large length to diameter ratio has to be extruded.

Piezo ceramic tube actuators are compatible with vacuum and cryogenic environments. They have quick response times, high acceleration, and high operating frequencies. Piezo tubes are not typically utilized for force generation, but their diversity and reliability in microscopic applications makes piezo tube actuators a great source for accuracy and precision.

Piezoceramic tube actuators are excellent for high precision nano movement and dosing. In medical applications, piezoelectric tubes are employed in microdosing machines and ultrasound equipment. In some minimally invasive procedures, piezo tube actuators implemented into catheters generate ultrasound waves which increase the permeability of the blood vessel walls, making it easier for medication to penetrate.

One of the most common applications for tube actuators can be seen in scanning probe microscopy that scans surfaces to create topographic images. The thin probe is controlled by a very small piezo tube actuator that can dynamically move the probe in micrometers to expand and contract along the axis (up and down movement) or bend side to side when a current is applied. The resulting displacement of the piezo tube is proportional to the surface qualities and can be converted to measure its properties.

Pump applications also utilize piezoceramic tube actuators. In inkjet printers, piezoelectric tubes release the precise amount of ink needed in picoliters to produce the individual dots of ink that make up printed words. Micro- and nano-dispensing are one of the key applications for piezo tube actuators.

Tangential Tube is a piezo tube actuator with specially designed electrode patterns and arrangements, which is used in the equipment to measure the depth of wells and/or altitude of the flying objects.

High power piezo tube actuators have also been used as an ultrasonic power/wave generator for the ultrasonic cleaning equipment.